A surge in property values in October has delivered the largest month-on-month gain since 2015, CoreLogic’s national index data shows.

National dwelling values jumped by 1.2 per cent throughout October, delivering the fourth consecutive month of increased values and the largest month-on-month gain since May 2015.

Melbourne overtook Sydney to claim the title of the best performing capital city, recording a 2.3 per cent increase in dwelling values over the month. Melbourne’s October growth is the largest consecutive gain for the city since November 2009. A tighter market combined with strong population growth relative to other cities has assisted the solid rebound.

Dwelling values are trending higher across most of the capital cities as lower mortgage rates and improved credit conditions continue to encourage buyers. Dwelling values increased in Sydney (1.7 per cent), Hobart (0.9 per cent), Brisbane (0.8 per cent), Canberra (0.6 per cent), Adelaide (0.4 per cent) and Darwin (0.3 per cent). 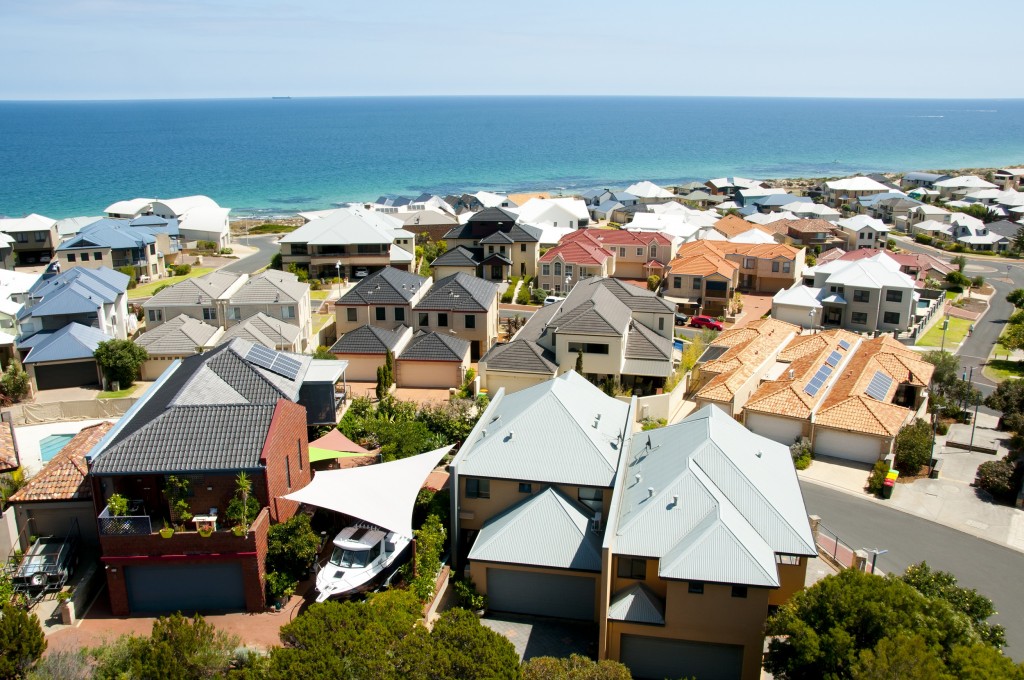 The worst performing city was Perth, declining by 0.4 per cent over the month. While the downwards trend in Perth has continued, the market is showing an improvement in the rate of decline. Both Perth and Darwin have been weakening since mid-2014, with Darwin down a cumulative 31 per cent and Perth values 22 per cent lower. The median value now stands at $435,119 for Perth and $394,132 for Darwin.

Outside the capital cities, Launceston was the top performer for change in dwelling values. Property values in the Tasmanian city increased by 4.7 per cent. The Mackay and Whitsunday region in Queensland wasn’t far behind, recording a 4.4 per cent rise over the month.

CoreLogic data revealed slowing rental markets throughout October. Over the three months to October, rental rates fell across five out of the eight capital cities. The sharpest declines were found in Darwin, where rental rates were 1 per cent lower for the quarter. Sydney’s rental market also suffered, recording a 0.7 per cent decline in rent prices and the lowest rental yields (3.2 per cent) of any capital city. Adelaide and Brisbane emerged as the top performers. Rental rates increased by 0.3 per cent and 0.2 per cent respectively over the quarter.

The current rental conditions are a combination of multiple factors including a rise in rental stock, increased construction skewed toward rental accommodation and higher first home buyer activity.

Auction clearance rates remained relatively unchanged, pushing 70 per cent and consistently showing strong demand. There were just under 2,000 capital city homes taken to auction in the week ending October 20, 75.6 per cent of which returned a successful result according to preliminary results.

Lower mortgage rates and improved access to credit are having a positive affect on the national property market as the rebound continues to gather momentum.

The Reserve Bank of Australia #RBA has decided to leave the cash rate unchanged at a record low of 0.75 percent. #interest #rates #recordlow pic.twitter.com/fxcjYompFv

Despite a subdued rental market, property investors are seeing improved cash flow as a result of falling mortgage rates. Over the quarter, average rents fell by 0.5 per cent across the capital cities while the gross yields dropped to 3.99 per cent. The average fixed rate mortgage also declined to 3.6 per cent, roughly matching the rental returns.

Commercial property is likely to become a stronger investment over the next 18 months, according to a report by AMP Capital, with most asset classes set to offer solid returns. Similarly, Australian Bureau of Statistics data from August showed commercial building approvals soared by 54 per cent to their highest point in three years. Australian office sales also soared to $17.9 billion in the first three quarters of 2019, showing strong growth in the sector.

On the contrary, commercial primary producers and agricultural businesses could be facing tax changes liken to ‘the removal of negative gearing’. The tax legislation denies owners of vacant land the ability to claim holdings costs such as interest, council rates, land taxes and insurance as tax deductions. Property developers, foreign owners, farmers and trusts are said to be among those hit the hardest by the NSW government crackdown.