Most of the published information about commercial real estate relates to the highly visible ‘prime’ end of the market, but sometimes this gives a distorted view of the market. It’s important to consult trusted real estate agents to reveal the data associated with the less examined small and medium size market.

Commercial real estate agents closely monitor market activity, as well as legislative changes and expert analysis to track responses to market conditions, like fluctuation in rental prices. The rent a property can command closely determines the value of commercial real estate, much more than with residential properties.

Here’s a glimpse, from the perspective of rental asking prices at what’s happening and why in the Australian commercial real estate market. 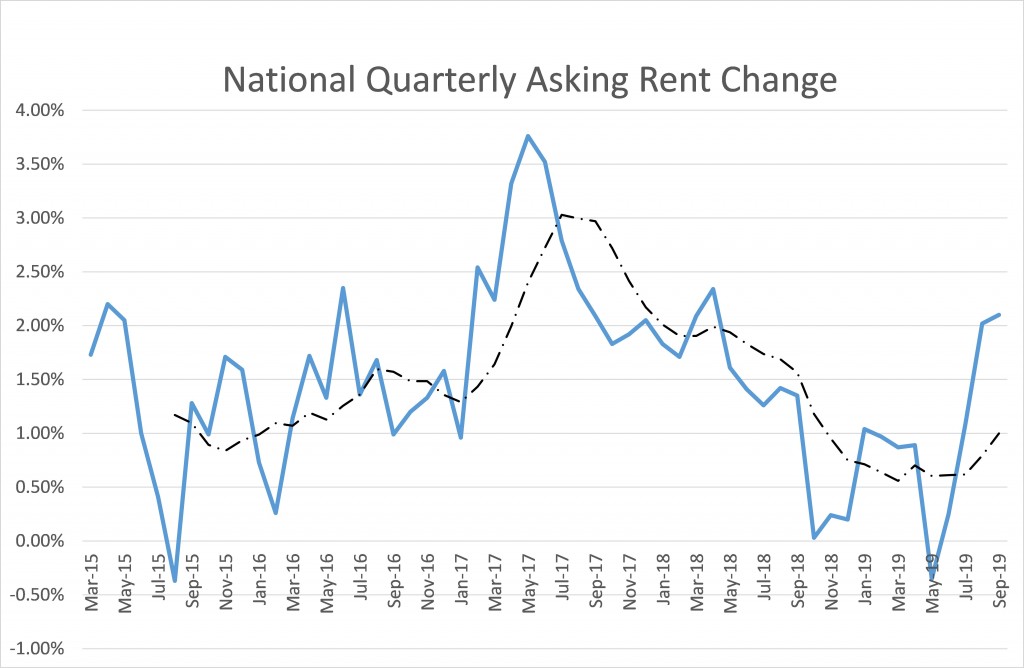 The Australian commercial property market is made up of three major city markets – Melbourne, Sydney and Brisbane. These cities account for the lion’s share of the national commercial real estate industry.

In the current market, there’s no shortage of events influencing sentiment towards commercial real estate. The three major metropolitan markets act in unison, responding and reacting in real-time to many local, national and international events as they hit the news.

Commercial real estate has experienced cyclical highs and lows, lasting two years between property highs. National asking rent increases peaked in early 2017 at very high levels then trended downwards through to May this year when price increases have again shown signs of increasing in recent months.

Sydney has experienced several peaks and troughs throughout the past few years. These cycles have lasted approximately 10 to 14 months between peaks.

While Sydney’s commercial real estate rent rises sailed through previous national elections unfazed, this year was different. Sydney office rents dropped prior to the federal election and have since shown a rise in the months following. 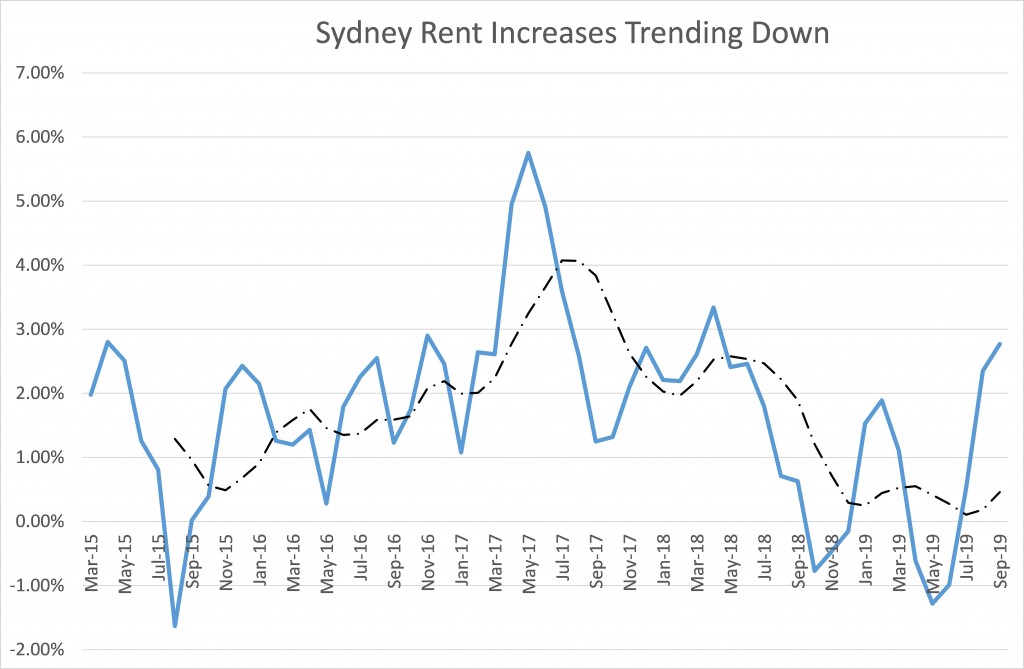 Melbourne and Brisbane are not synchronised with Sydney. Melbourne rent increases followed with a slow and graceful decline. However, there has been an upswing in lease prices since the middle of 2018. While Brisbane rents have managed only increases of 1 per cent every three months at best. 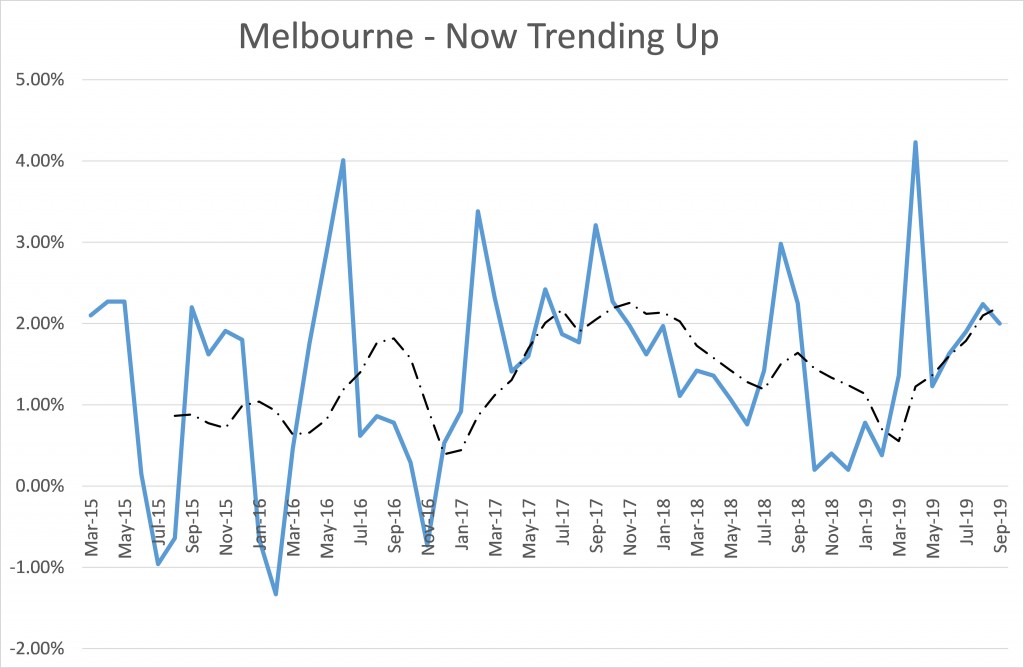 Office asking rent increases have been in what stockbrokers would call a ‘trading range’ for many years, starting in January 2017 with a slow declining peak over each of the last three successive cycles. Recently, there have been signs of a breakout from the trading range. 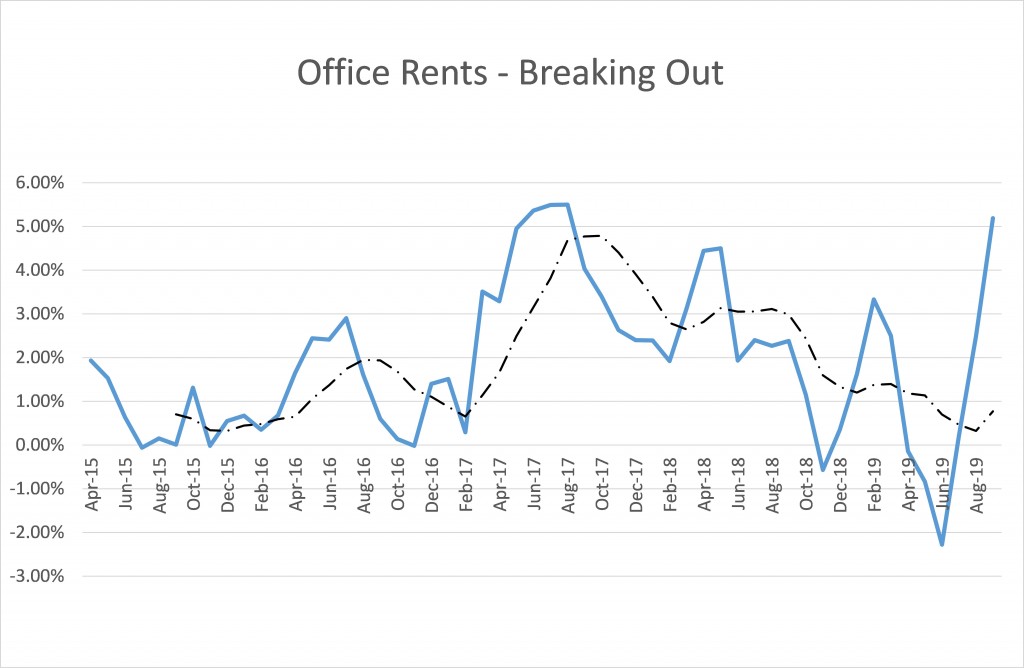 Retail rents paint an interesting picture. The retail market was on the decline for quite some time. Since July 2018, retail rents have shown an increase, despite the gloom portrayed by some of the media. In comparison, the industrial property market has been travelling well and has enjoyed reasonably stable rent growth over the last five years. 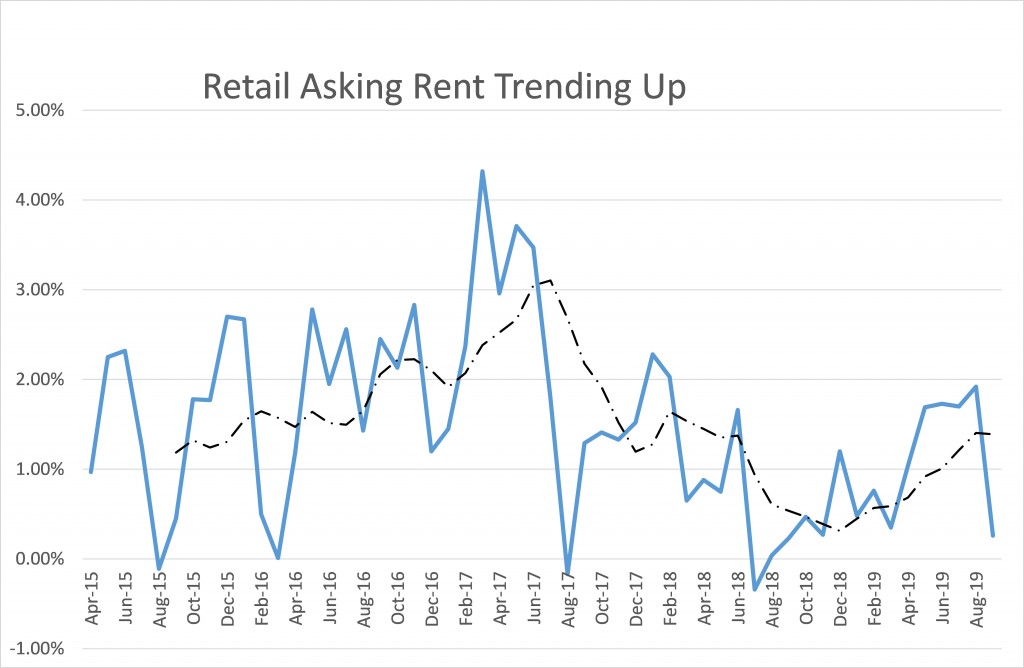 Commercial real estate properties are valued based on the revenue they can generate. The change in rent not only affects what the tenant pays, but also the value of the landlord’s asset.