You would have made more money investing in Narrabri than Bondi, Liverpool Plains outperformed Liverpool and Parkes beat Parramatta. These are just some of the findings from a property market study conducted by Propertyology.

Metro Sydney (10%) and Western Sydney (9%) account for a combined 19% of Australia’s population. Approximately one third of Australia’s total population resides in the state of NSW. Yet, when it comes to historical property market performance, almost all of Greater-Sydney locations are ranked in Australia’s bottom 40%.

Propertyology conducted a study to compare the historical property market performance of each of Australia’s 550 local government authorities between 2000 and 2014. Given that some property markets have higher rates of growth and others have higher rental yields, Propertyology calculated the ‘total return’ (average annual growth rate plus rental yield) and we then ranked the LGA’s from 1 to 550 based on this performance. 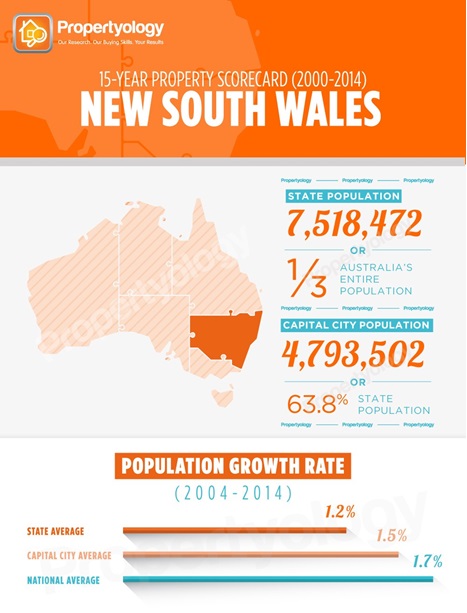 With a vibrant economy, quality lifestyle, and affordable housing, the Northern Inland region was the state’s cream of the crop. Gunnedah and Liverpool Plains both ranked 38th out of Australia’s 550 LGA’s. Tamworth (163rd) and Armidale (173rd) are the main service centres for the region. Narrabri (49th), Glen Innes (70th), Moree Plains (81st), Guyra and Inverell (both 92nd) all made the Top 100.

In Hunter Valley, the industrial powerhouse of Newcastle (174th) and retail hub of Maitland (129th) were stand outs. In spite of a recent downturn in coal prices, Singleton (195th) and Muswellbrook (217th) still managed to make Australia’s Top 40%.

Of New South Wales’ 43 capital city LGA’s, Blacktown and Camden (both 276th) were the best performed. Campbelltown (303rd) and Marrickville (316th) were also amongst Greater-Sydney’s best LGA’s. Liverpool (341st), Ryde (347th), Waverley and Parramatta (both 356th), and Leichhardt (361st) might be big on profile but their property market performance relative to the rest of Australia over the last 15 years was underwhelming, ranked in Australia’s bottom 40%.