Which home loan lenders will issue a rate cut and when

It’s been one week since the Reserve Bank decided to trim the cash rate to a historic low of 1.75 per cent, and with just thirty eight home loan lenders announcing a rate change since the board meeting (03/05/16), a large proportion of the market have not made a move and are keeping their cards close to their chest.

According to the finder.com.au database, which comprises seventy four lenders, thirty eight lenders including the big four banks, have made announcements regarding variable rate cuts to owner-occupier home loans. However, nearly half (49 per cent) are yet to communicate a change.

A total of twenty six lenders have honoured the full 0.25 per cent rate cut, while twelve have not. Some of the lenders that did not issue the full rate cut include ANZ which reduced its standard variable rate by 0.19 per cent and ME Bank who announced a rate cut of just 0.05 per cent.

It’s surprising that nearly half of the market has not made an announcement regarding their stance on rate changes, so you need to be proactive.

If you haven’t heard from your bank, get in touch with them directly to find out what’s going on. You can also monitor the media section of your lender’s website as your lender will most likely issue a statement in the days to come.

Additionally, if you’re not satisfied with your lender’s decision or if your lender isn’t providing the full rate cut, then you may want to refinance your home loan to opt for a better rate. In a low interest rate environment, a new benchmark has been set so you can secure rates under 4.0 per cent if you’re prepared to do some groundwork.

For the majority of lenders, the new variable rate becomes effective towards the end of this month, while a total of ten lenders will introduce the new rates prior to 20 May 2016.

However, two lenders are not passing on the new rate until June including Your Credit Union and Australian Military Bank.

A borrower can pocket approximately $67 each month or $805 each year on a standard $500,000 home loan with a lender that provides an average rate cut.

You can stay up to date with rate announcements and changes here. 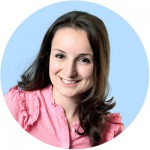 essie Hassan is the money expert at finder.com.au
which is one of Australia’s largest comparison websites.

About the author
Bessie Hassan is the money expert at finder.com.au which is one of Australia’s largest comparison websites.
Social share