While it is most certainly not the only or most important factor, population growth forecasts are part of every well-considered property investment decision. With eleven strong regional cities each with a population of more than 50,000 people, this is particularly important in Queensland where more people live outside the state’s capital city than it.

Throughout the noughties era, Queensland’s population growth was a national success story. Over the last few years, the sunshine state’s population growth has been much more subdued with 2015 growth rate of 1.2 per cent being significantly lower than the ten year average of 2 per cent.

Propertyology believes that the recent slide is due to a combination of the coal industry downturn, fewer employment opportunities generally, and higher levels of state debt preventing economic stimulus.

That said, we believe that there is good reason to be optimistic about Queensland’s future population growth. Tourism and agriculture are strong pillars of the economy which have a very promising outlook. Logic would also suggest that there’ll be an upturn for the mining industry at some stage in future years (the world will always need energy). 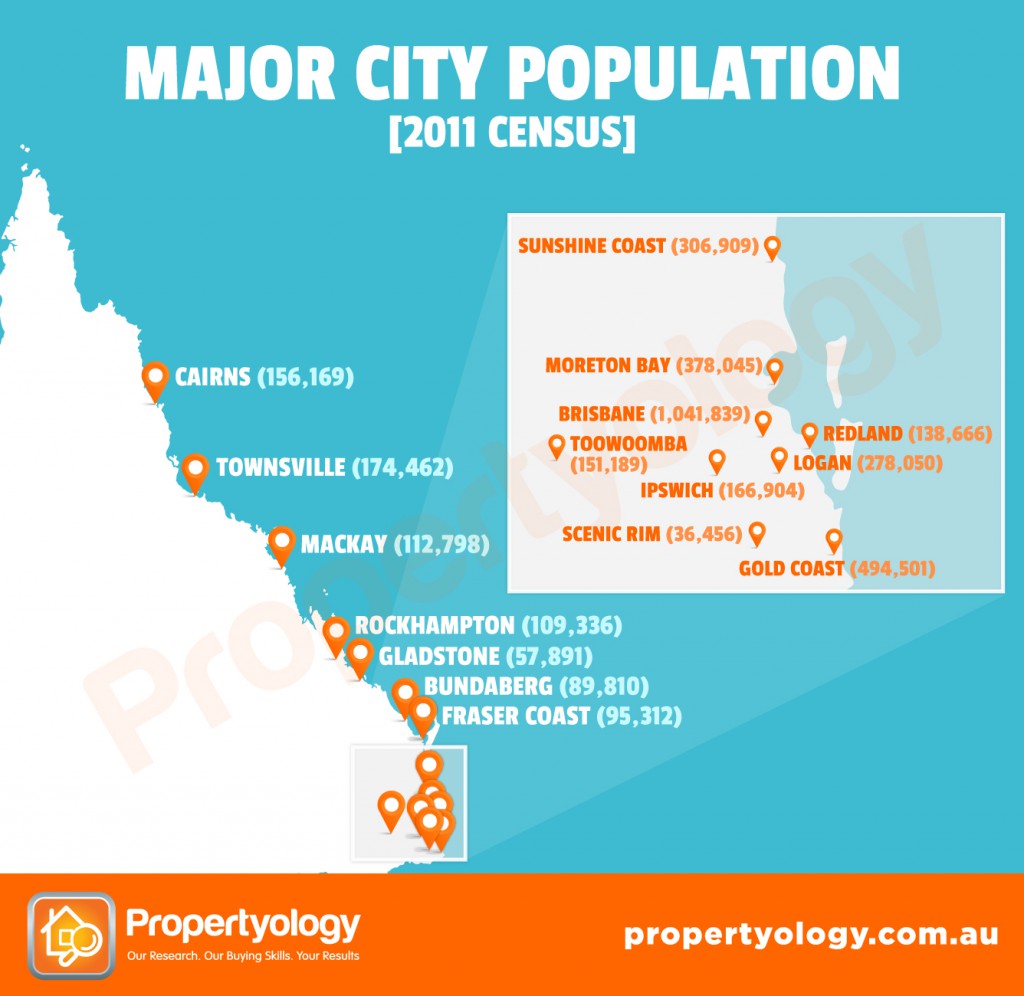 Data from Queensland Treasury suggests that parts of South East Queensland, Gladstone, Townsville, and Cairns are forecast for the biggest population growth rates through to 2036. 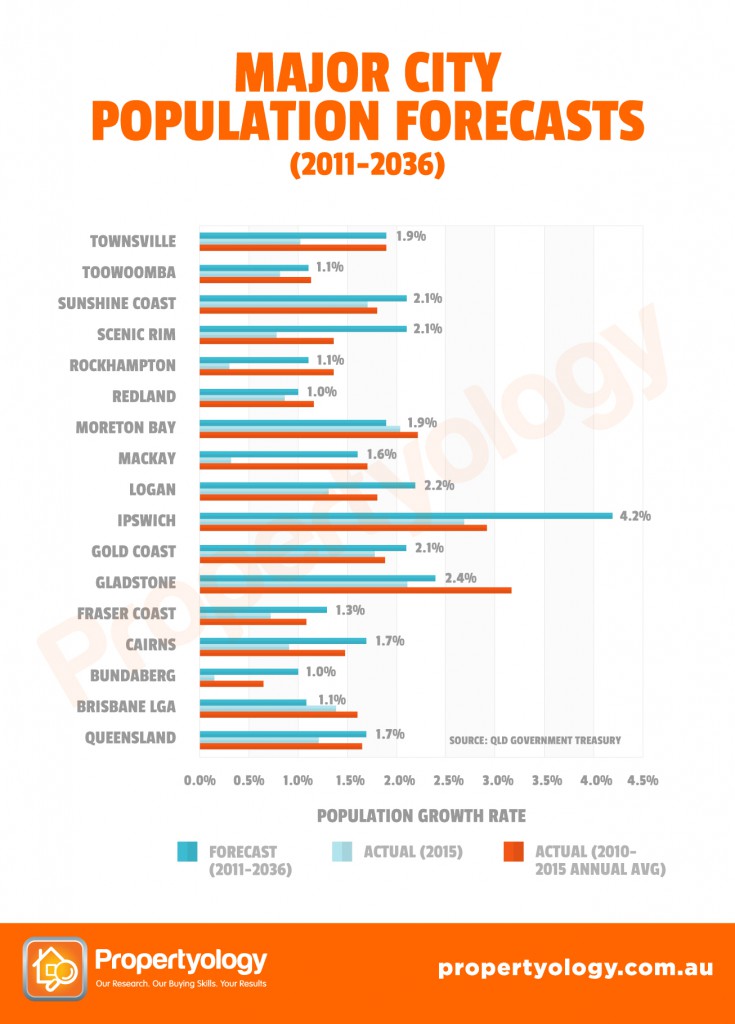 Queensland is the second most decentralised state in Australia (after Tasmania). Whereas other states have a majority of their population living within their respective capital cities, only 48 per cent of Queensland’s population reside in greater-Brisbane.

Brisbane City Council is the largest  local government area in Australia. Population is forecast to grow at an average annual rate of 1.1 per cent through to 2036, well below the state average forecast of 1.7 per cent.

The state is forecasting greater-Brisbane

Gold Coast, Sunshine Coast, and Scenic Rim, all within the state’s south east corner, are forecast to grow at an average annual rate of 2.1 per cent.

The state’s industrial powerhouse, Gladstone is expected to continue its long history of above-average population growth with 2.4 per cent average annual growth forecast. Gladstone has extremely valuable port and rail infrastructure and is the state’s epicentre for resources exporting and industrial manufacturing. While the property market in Gladstone has struggled recently due to an
over-stimulated construction industry the raw fundamentals still include above average wages, strong population growth, and economic development.

In the state’s north, Cairns (1.7 per cent) and Townsville (1.9 per cent) justifiably have population growth forecasts well above Brisbane’s 1.1 per cent out to 2036. Proximity to Asia, international airports, and deep sea port infrastructure will ensure that both cities play a huge role in helping Australia to capitalise in the Asian Century.

Population growth is one of many factors which influence property markets.

For a variety of reasons, Queensland markets which Propertyology maintains a keen interest include Rockhampton, Cairns, Townsville, Gladstone, Bundaberg, Toowoomba, and Scenic Rim.